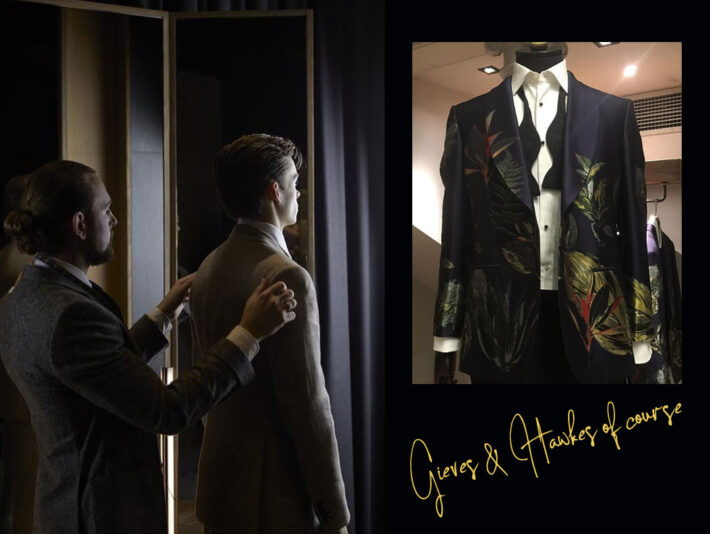 At No. 1 Savile Row the Tailoring Shop Gieves & Hawkes knows how to perfectly combine the impeccable classic cut with innovation in the techniques.

In this London street, dozens of artisans perpetuating in time the tradition of manual making the most exquisite suits, shirts, ties and male accessories have elevated to the category of pure craftsmanship. Gieves & Hawkes is one of most reputable English tailors. The process of creating a suit can sometimes take up to three months from when the customer first enters the store until he leaves with his suit.

The British call it BESPOKE, a term used like haute couture in high fashion. In Saville Row however it’s definitely bespoke…

Its history dates back to the 18th century, and they’ve been tailors to the British monarchy.

It was in 1809 that King George III made his first commission, enjoying the mythical tailoring of the distinctions or royal appointments of the Queen, the Duke of Edinburgh and the Prince of Wales.

The final product is elegant and glove-tight fit, with a classic character that never goes out of style.

In half an hour the measurements of the client are taken, the different fabrics are shown and the details of the suit are finalized.

The emblematic emporium for tailor made suits has several stores in London.