CANTINA 20 is a unique concept in restaurants t h a t c o m b i n e s the local flavors of a Mexican c a n t in a and diffuses them in a provocative menu created by its executive chef, Santiago Gomez De La Fuente. 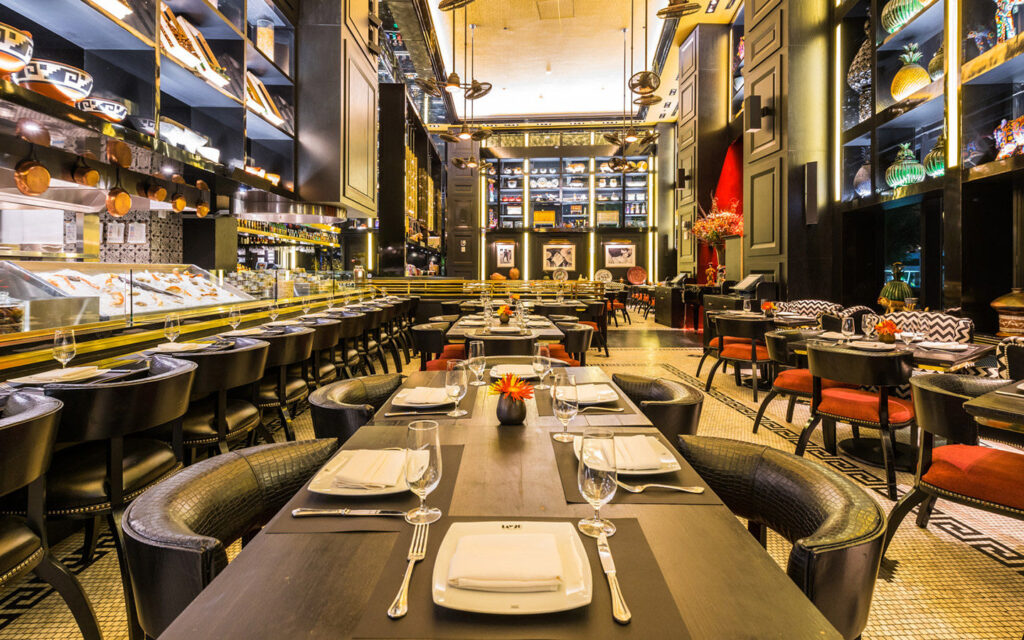 Before studying gastronomy, Gómez de la Fuente was working as a seafood marketer and this is how his passion for cuisine manifested: “I studied almost four years in Mexico and then I went to Barcelona to study at Hugman University. I came to Miami, looking for luck and I worked with NOBU for a year. Then, I went to open NOBU Mexico. After, I joined the “Sinbersol” group, for which I am still currently involved. Sinbersol is a very important group in Mexico and it has more than 25 restaurants. This restaurant is called number 20 because it’s the twentieth restaurant in the group. We chose a canteen because they’ve always been very famous in Mexico. They’re tradition.” 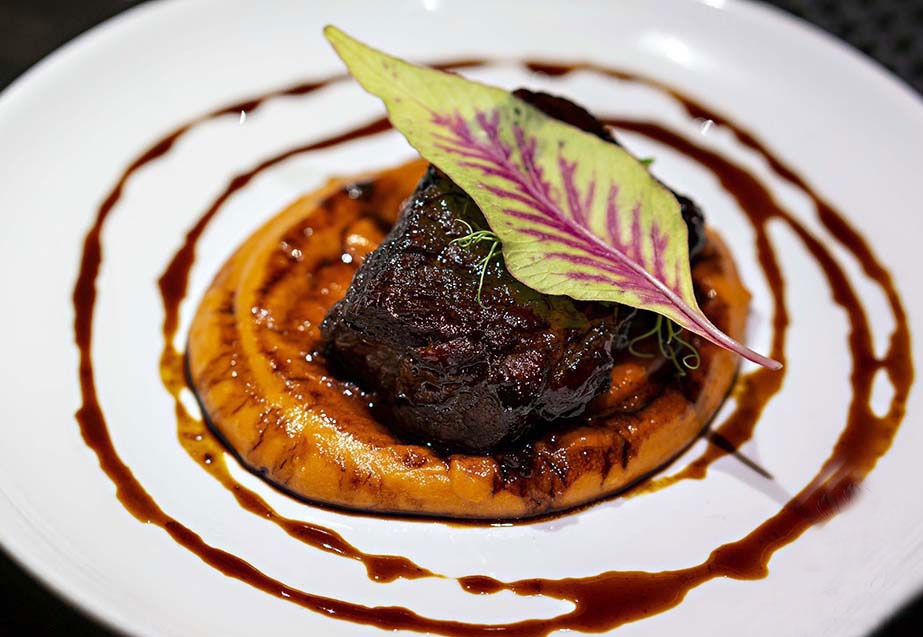 For people who aren’t familiar with a canteen or cantina, how would you describe it?

“A canteen is a place where you eat and drink, that’s it. An informal place, somewhere you can go to drink and relax, where you can be at ease.” Having said this, Cantina 20 is not completely informal: “The owner wanted a contemporary canteen, with designs and an extensive menu of Mexican food, full of art, music where you can eat, drink, and have fun.” Cantina 20 possesses some relevant characteristics, having the flavors of a cantina but the allure of a high class establishment. “First, we wanted the best location possible in Miami. 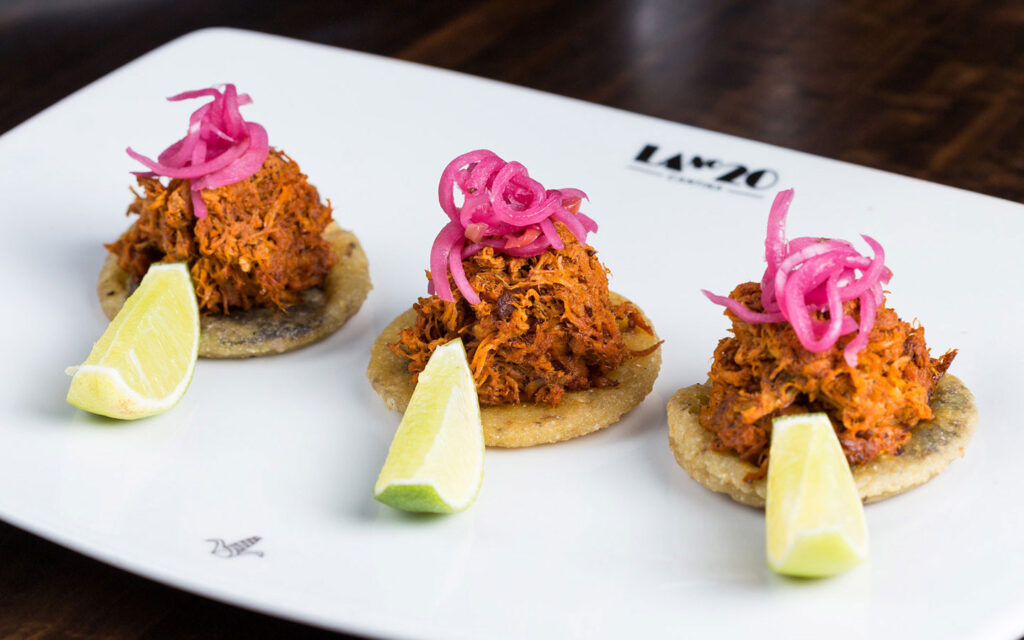 We found the Tower, which is one of the most important buildings right now. We share the space and have a great location because we have the Miami River and the Miami South channel in front of the restaurant. We have two floor levels, which are two different atmospheres. The top floor is the restaurant, everything is black and gold, and the lower floor is the launch, a much more open space. The colors contrast with white and silver.” 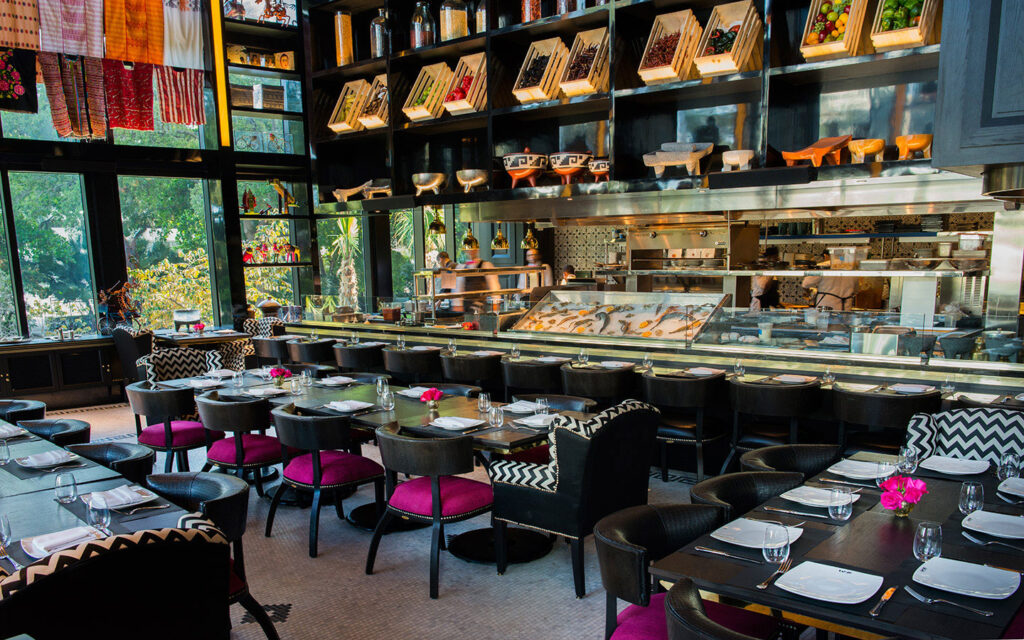 Tell us about the food

“In Cantina 20, we took the most representative culinary faire of Mexico and we try to use traditional recipes because it’s the taste we want people in Miami to experience.

We strive to demonstrate authentic Mexican food with added sophistication. We like to add a little extra to our dishes while maintaining the same traditional taste. Here, we plant our own corn, which you don’t see in Miami. Most people buy maseca (corn flour), which is already processed.” 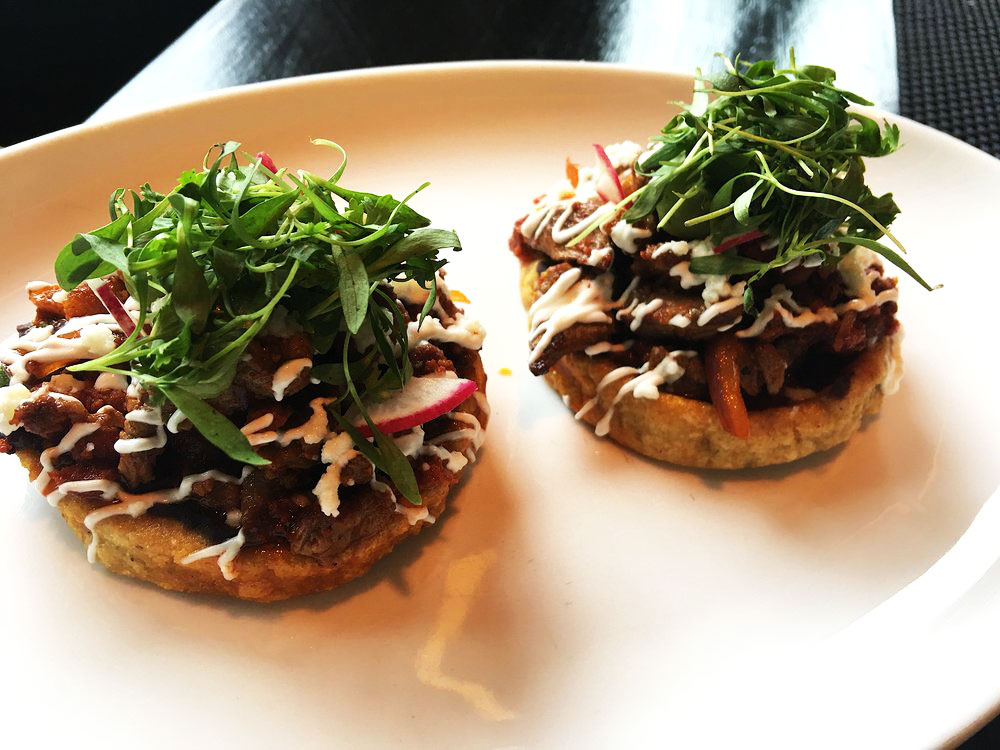 The spacious eatery has become a social hot spot, especially on weekends: “That’s what we try to do here. If you dine at a conventional restaurant, people are sitting and eating, but lack ambience. But here, the restaurant greets you with a ten meter bar, which has a big selection of tequila and mescals. All of which, invite you to drink. We have music, videos each night, and mariachis sing traditional Mexican music. Diners can stand, sit, sing, and drink tequila and dance.” 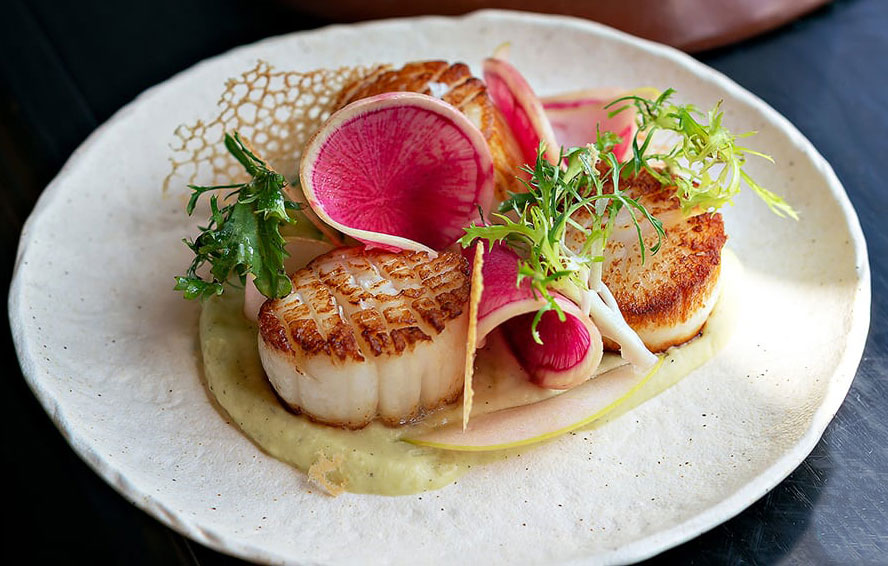 We asked Chef Gomez what was his favorite dishes and if I were to ask him for an entrée highlight, a drink and a dessert, what would he recommend?

“For starters, a margarita. We do them authentically Mexican. Then, we have the dobladitos, which are tacos made with meat, jalapeño sauce and some tuna toast. As a highlight, you could eat the traditional cochinita (which is s a traditional Mexican slow-roasted pork dish from the Yucatán Península of Mayan origin); very important and one of the tastiest. 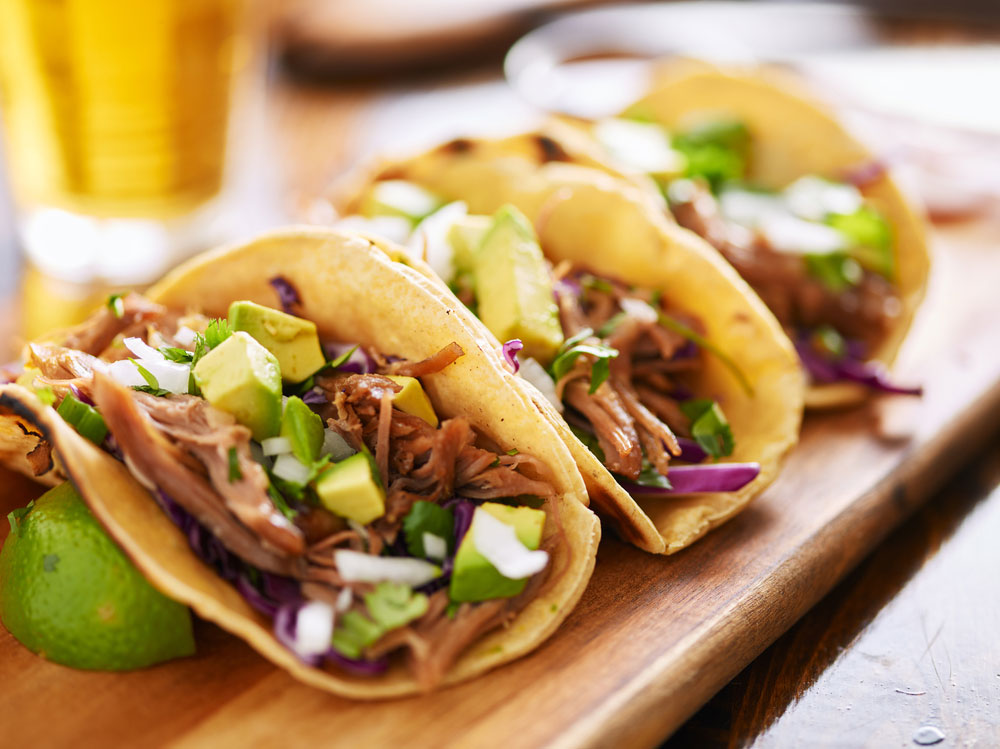 You can also eat a mole as a highlight, which has more than 25 ingredients and takes around two hours to create. For dessert, have a churro. They’re simple; yet, make for a great street dessert. We give churros a special touch of presentation, but the authentic taste stays.” 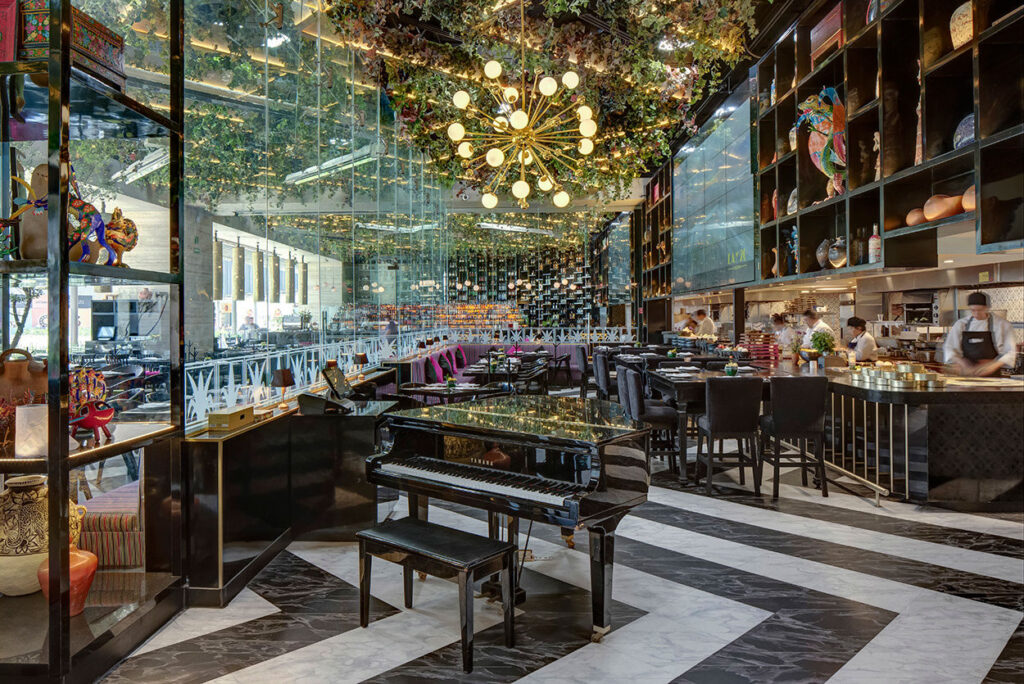 Why Miami? “We thought Miami was an “easy” place. It’s actually a very difficult place because we have a lot of competition. The best restaurants are all around Miami. But, it’s an easier market to get into. And, it’s not that it isn’t demanding, because it really is. But, it’s easier than Vegas or New York, which is where we want to go later. But, we wanted to start somewhere more Latino and hot.” 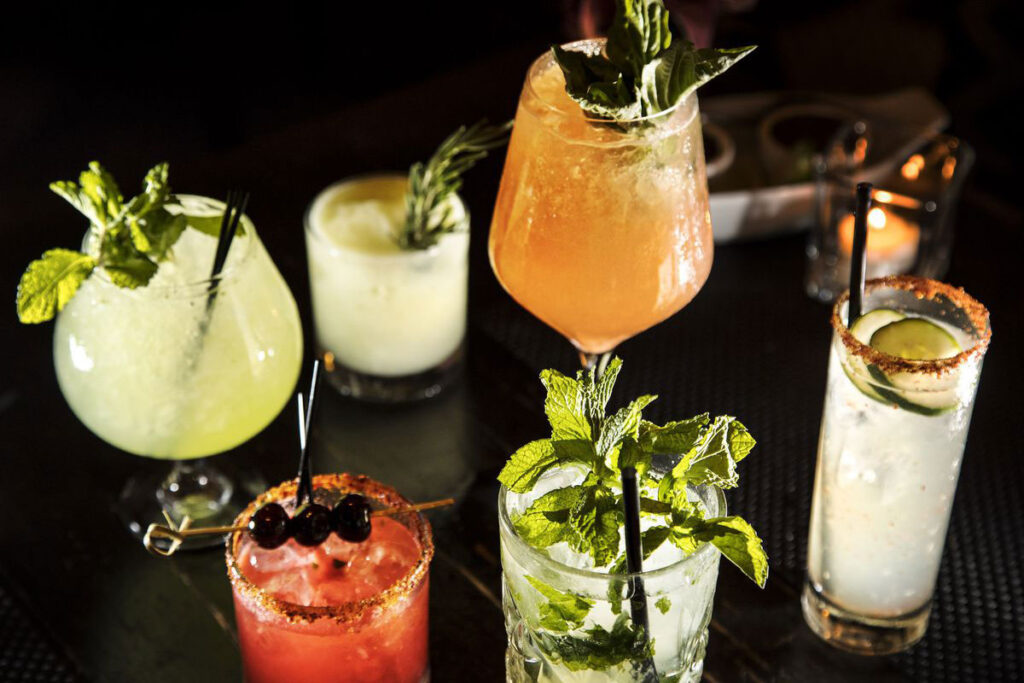 As executive chef, what would you like to say to our readers?

“We invite you to come to Cantina 20. It’s a different place; something that Miami needed. Here, you can come and have fun; drink, party, and you eat very well, too. The atmosphere comes together so you can come with your family, friends, or spouse to celebrate a birthday. Or, just come here to have a drink or flirt! Cantina 20 is a place for everything.”