With great pleasure, the Kunstforeningen

GL STRAND in Copenhagen opened its doors for Stanley Kubrick – The Exhibition.

This is the first presentation in the Nordic countries of the exhibition, which has drawn large numbers of visitors all over the world – from cities like Paris, LA, Seoul, Amsterdam and most recently Mexico City. The story of Stanley Kubrick’s fantastic development is told from his beginning as a successful photographer for LOOK magazine at the age of 17 to his breakthrough in the world of film when he was 30 years old, and the subsequent creation of one masterly film narrative after another. Throughout, the show offers, besides knowledge of his many works, a close-up of Kubrick’s dedicated working methods and artistic processes as well as insight into his large unfinished projects: the major films Napoleon and Aryan Papers as well as the science fiction film AI, which was later directed by Steven Spielberg. The huge popularity of the exhibition bears witness to Kubrick’s enormous importance as a film director. Stanley Kubrick died suddenly in March 1999 – shortly before the premiere of his last work, Eyes Wide Shut. 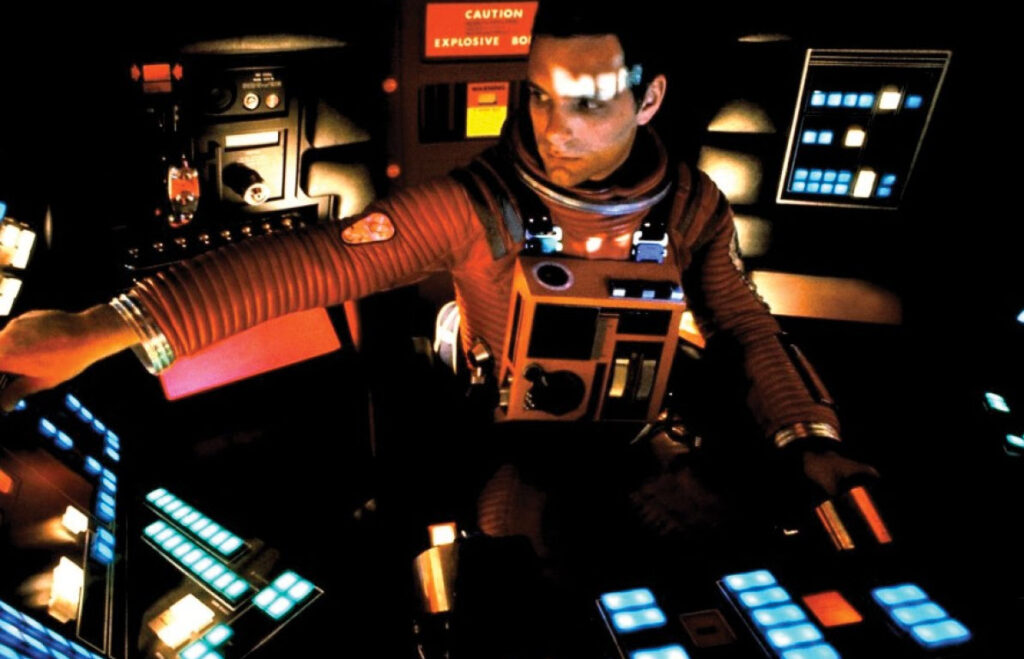 He left us not only an impressive legacy of films and unfinished projects but also a huge collection of scripts, design sketches, notes, photographs, costumes, props and other unique objects from his many film shoots. The exhibition in Copenhagen is specially organized for GL STRAND with a focus on Kubrick’s visionary work within a variety of aesthetic fields, and in terms of storytelling and technology. It zooms in on the broad spectrum of material, with all of Kubrick’s films sharing center stage. The world-renowned director was able to complete 17 films. He became famous for his innovation, uncompromisingly high standards, and his commitment to all the artistic aspects of film – from visual composition, lighting, technology, music to stage design and much else. Precisely this interest in all aspects of the artistic expression of film has made many of his movies iconic masterpieces. The space helmet, the dresses of the twins, and the masks are some of the unique, recognizable visual characteristics that immediately evoke the atmosphere of films like 2001: A Space Odyssey, The Shining and Eyes Wide Shut. These items and other exclusive material are presented in the exhibition side by side with extracts from all Stanley Kubrick’s films. The materials presented, comprising of approximately 600 elements, mainly come from Kubrick’s personal archives and include scripts with his own notes, processual material and documentation from the film productions, design models, visual sketches, original props and much more. Kubrick’s films are all unique visual narratives – often with highly controversial themes which in their time led to censorship or uproar, as the material in the exhibition also documents. Today his finely wrought works still constitute an important source of inspiration for film-makers and film-lovers all over the world. Several of Kubrick’s professional peers, including Martin Scorsese and Steven Spielberg as well as Danish film professionals, comment in the exhibition on Stanley Kubrick’s importance to them. Stanley Kubrick – The Exhibition in Copenhagen has been organized by Kunstforeningen GL STRAND and film expert Søren Høy as part of Kubrick Festival 2017 which is supported by Nordea-fonden. Original exhibition concept and exhibition tour are developed by senior curator Hans-Peter Reichmann and curator Tim Heptner from the Deutsches Film museum, Frankfurt am Main.

The Kubrick exhibition will run from the 23 of September to the 14th of January of 2018.